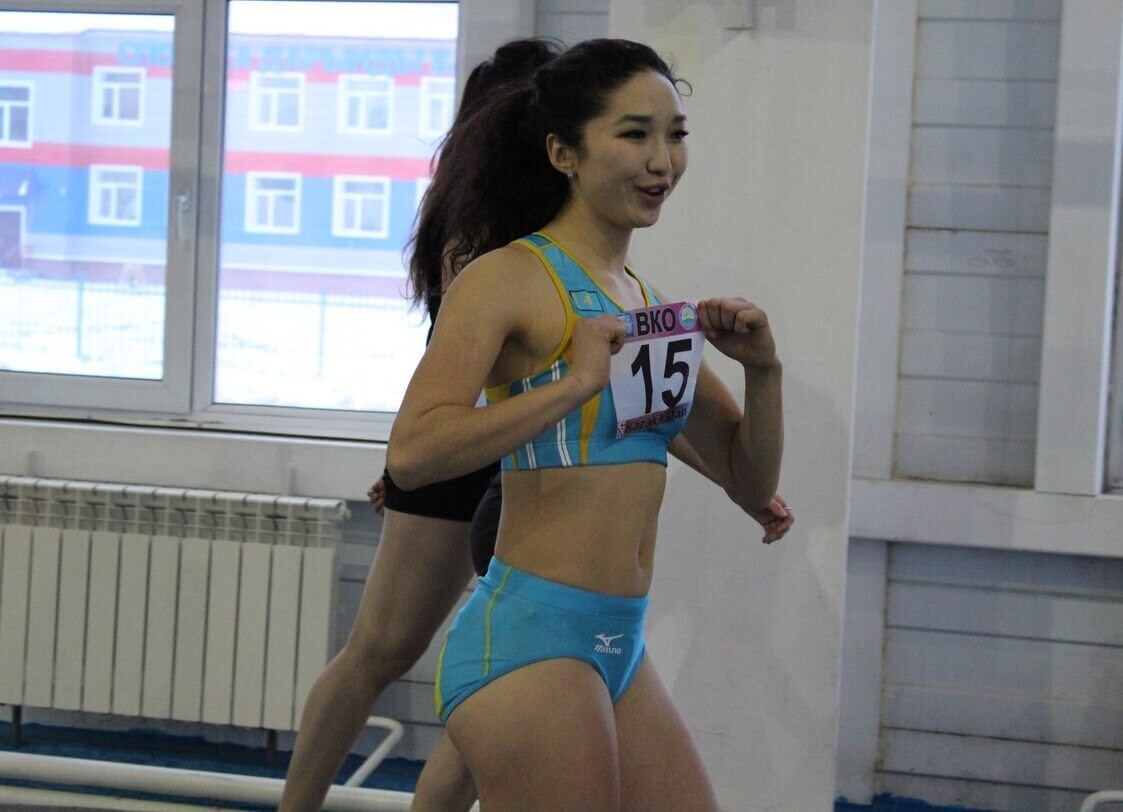 On January 15-16 in Ust-Kamenogorsk there has taken place the athletics championship of Kazakhstan.

It is already the second start in which our athletes this year act. Without having managed to depart from recently last Cup, athletes came to the arena again to show good results and to be prepared for the future championship of Asia in Tehran (on February 1-3).

Elina Mikhina became one of obvious winners at the "crown" distance of 400 m. In comparison with the previous competition on January 10-11, the runner from Ridder nevertheless managed to run out from 54 seconds, at that time so far her competitors lag behind with rather decent time. Let's look, what will be farther, and so far improvements are obviously noticeable! Have competed with our sportswoman the winner in run on 200 m Svetlana Golendova from the Jambyl region and Adelina Akhmetova from Karaganda.

In high jumps at women "duet" from Semey Nadezhda Dubovitskaya and Aleksandra Krivitskaya and also the sportswoman from Almaty Christina Ovchinnikova was among prize-winners. On last competitions of the girl have settled down just in the same order, but here if at the Almaty jumper the result has remained-165 cm, then at our vysotnitsa indicators became slightly lower. Dubovitskaya: was – 182 cm, became – 180 cm; Krivitskaya: was – 174, became - 170 cm. But that, nobody can make not less still strong competition to these girls.

Two more sportswomen from VKO could show the best results and in shot put. Olga Hizhnyakova and Erica Kem, have pleased us with silver and bronze medals, having conceded the first place to the Karaganda athlete Ekaterina Nesterova – 13,54 m.

In long jumps Anastasia Zavodina who managed to break through in the three of the strongest spoke on behalf of the East Kazakhstan region. This girl is only seventeen years old, and it was necessary to perform as Zavodina with a little more skilled sportswomen. Despite it, the result of the jumper from Ust-Kamenogorsk became the third – 5,59 m – it is 12 cm less, than at the nineteen-year-old winner from Temirtau Maria Ovchinnikova.

As we remember, on RK Cup in run on 60 m hurdles, unfortunately, to the ustkamenogorsky athlete Oryngul Zkriyenovoy, was not succeeded to take prize, to all fault was the barrier on which the girl by accident "has hooked" during the final, and as a result finished heel - 9,17 pages. Five days later, competing at the championship, Zkriyenovoy was succeeded to improve the result – 8,97 with and to bring bronze medal for combined VKO.

In relay team 4 on 200 m Arina Kharlamova, Ekaterina Efremova and bronze medal winners of the championship Anastasia Zavodina and Oryngul Zkriyenova spoke on behalf of the East Kazakhstan region, together with them on track there was quartet the Pavlodar region Aleksandra Zalyubovskaya, Roxana Ospanova, Veronika Broslavskaya and Valentina Stepankovskaya. It managed to guests to finish the first with result – 1:44,58, with breakaway almost in three seconds.

Among men the "gold" medal was won by Sergey Zasimovich in jumps height. This athlete had decent break in sports career, but Zasimovich has entered the necessary course at once. Our jumper was competed by the resident of Almaty Roman Loshkarev. Both athletes managed to overcome level of 212 cm, but Sergey nevertheless has spent for it less than attempts.

In relay 4 on 400 m men's teams have settled down as follows:

Following the results of competitions in team competition the East Kazakhstan region takes the third place – 23161 points, the second place of Almaty – 24898 points, the first place the Karaganda region – 27720 points.

Not only good results, but also records have presented two competitive days to us!

In relay 4 on 200 m the new record of Asia – 1:26.70 has been set. The Karaganda athletes Vladislav Grigoriev, brothers Vyacheslav and Vitaly Zems, and David Efremov managed "to create" modern history. This record stuck to the whole 26 years and has been established by team from Japan to Yokohama.

The most hardy sportswoman of Kazakhastan Tatyana Neroznak has broken the previous record of Kazakhstan in run on 3000 m which kept even from 80th years. The sportswoman's time from the Kostanay region – 9:17.94.